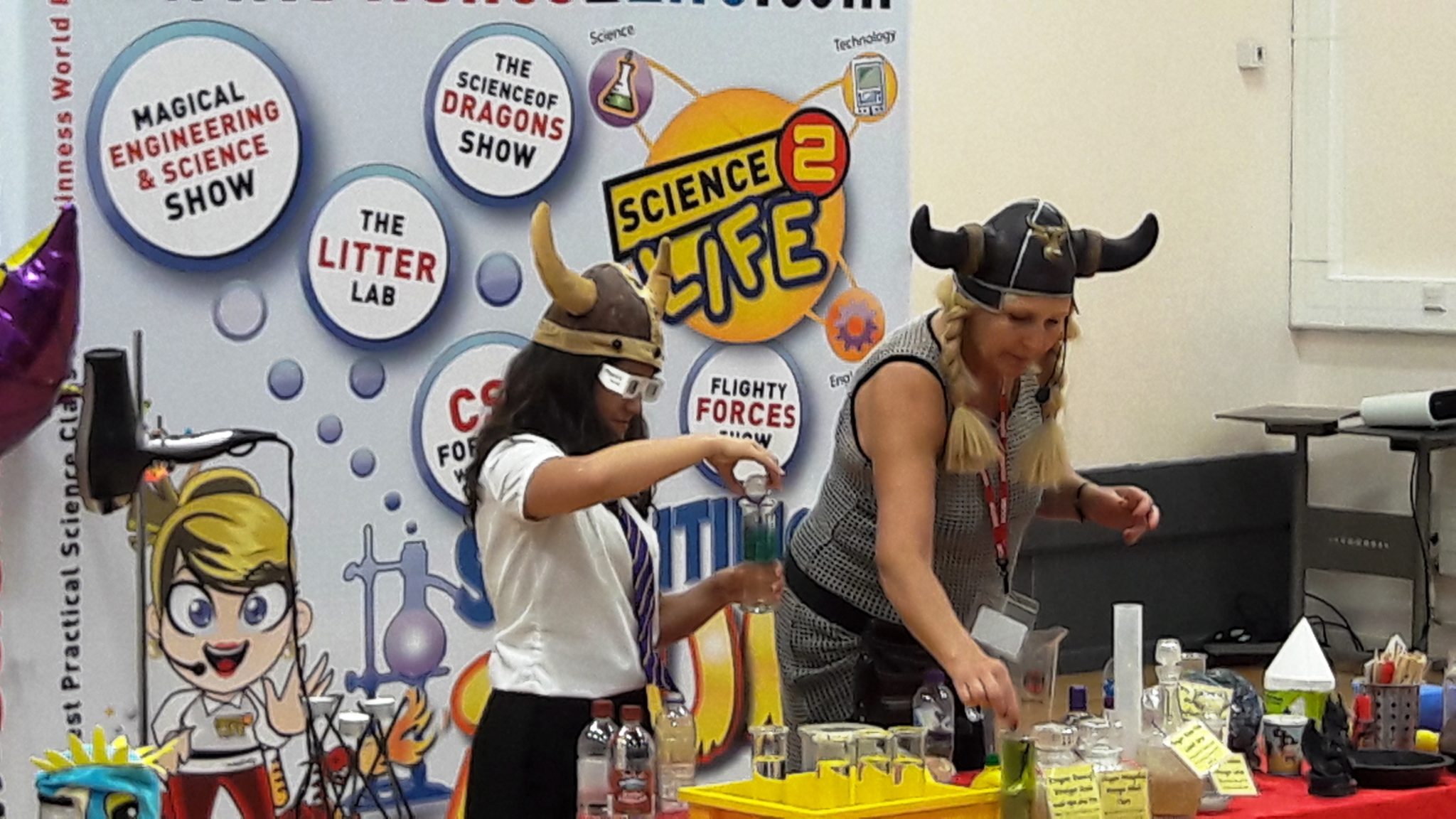 On Wednesday 5th July 2017, all year 7 pupils took part in the Welsh Government funded roadshow “The Science of Dragons” presented by Scientific Sue.

They saw and assisted with many exciting science experiments that are relevant to the Key Stage 3 Curriculum, but if that is not enough, the whole show was themed around the “How to train a dragon” series of books and film to further motivate and enthuse the pupils (and they were very enthusiastic!).

As an added bonus, the school library has been gifted a complete set of 12 of the “How to train a dragon” books which pupils can borrow to read themselves (if they haven’t done so already!)
– Mr Barlow