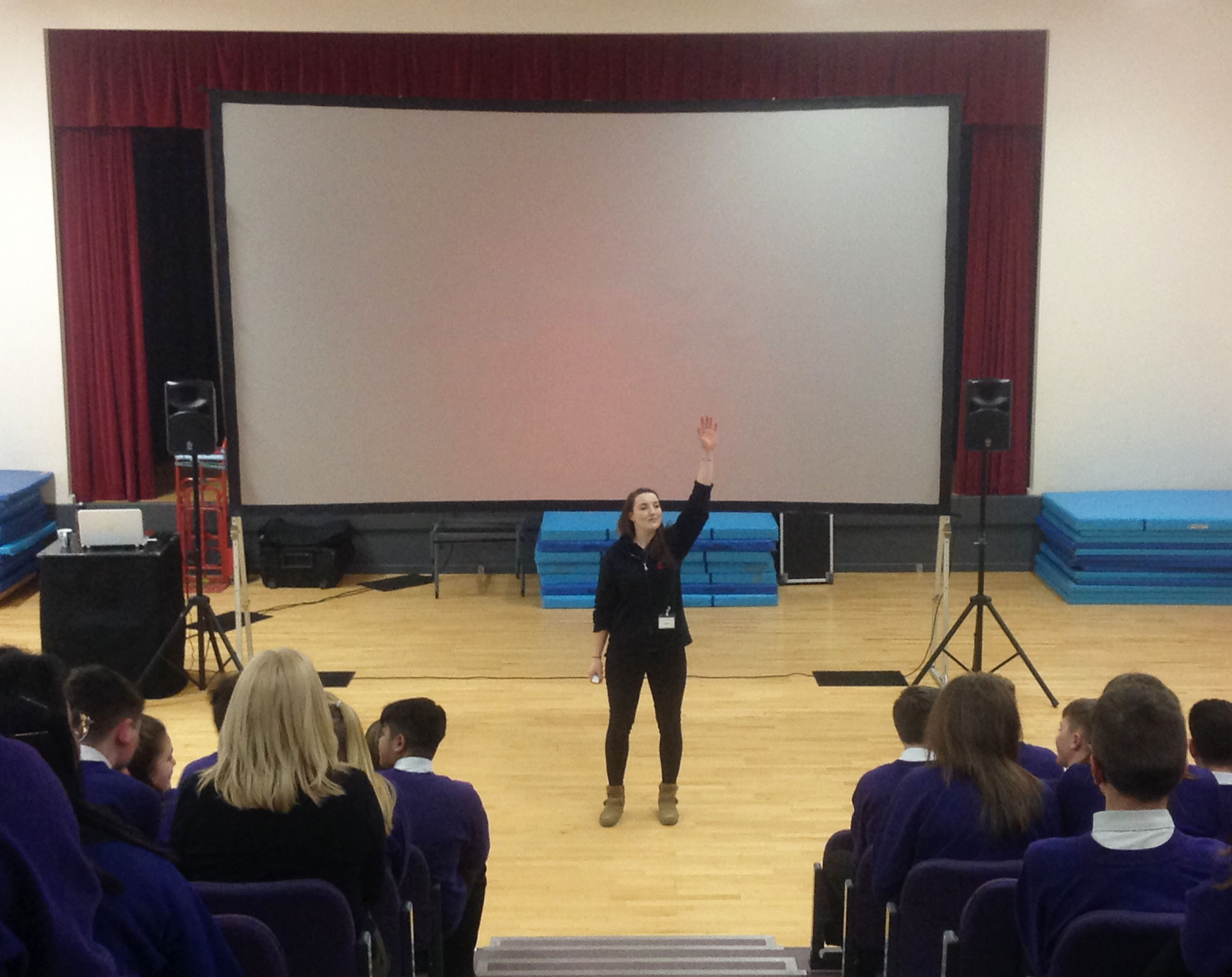 On Monday 27th February, we  welcomed the Ten Ten Theatre company in to school for their annual visit. Ten Ten Theatre deliver sessions to the pupils around PSE issues. This year the sessions were called “Facts of Life” for year 8 and explored the story of girl who had started at a new school  because her family circumstances had changed.

The format for the delivery changed slightly from previous years, this year,  instead of live theatre, the pupils watched a huge cinema screen.

The Christian messages they bring to the pupils are the same as those we give the pupils every day,  messages of self-esteem, self-worth,  responsibility and the love of neighbour and of God.  The film clips were discussed and the themes developed with the pupils by Ten Ten Theatre staff and the pupils were highly engaged throughout the performances.

This is what our pupils had to say:

“I really enjoyed the TenTen theatre session because it made me really think about how the events in the film could actually happen, it made me realise that would like to help people who might be struggling.”
– Aimee Edwards (8 King)

“I loved how we viewed it on the big screen, I definitely want to watch another of their dramas!”
– Mary Moran (10 Cassidy)

“ The film was thought-provoking and insightful,  it was very moving and made me think about various situations.”
– Emily Oliver (10 Romero)